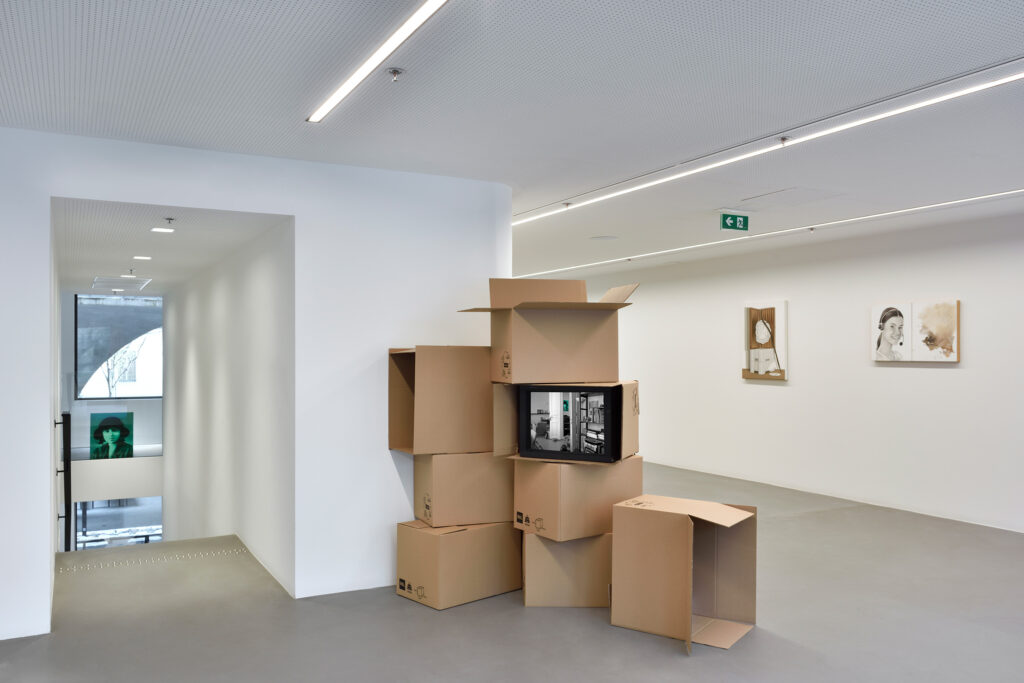 L’Atlas launches the second part of its programme of galleries from the international contemporary scene by inviting THE PILL® (Istanbul). On this occasion, the Turkish gallery presents for the first time in France a solo exhibition by the artist Leylâ Gediz, which brings together recent works spanning from paintings to video and site-specific interventions and explores the artist’s ongoing research on contemporary painting, embracing notions such as displacement by addressing them through the lens of her personal life broadened to collective narratives. Intrigued by the shifts of diasporic beings across the world, Leylâ Gediz is devoted to expanding the field of painting, its settings, and its audiences.

On this occasion, Gediz will display a group of new works that reflect on the possibilities of being unrooted stemming from her personal experience of coming from Istanbul and living in Lisbon. Leylâ Gediz is an archaeologist of every day fragments excavating the emotions they emanate. These fragments are played out by random, found, mundane yet useful objects, humans close to her heart, light and shadow humans and objects cast on each other, their – sometimes awkward – volume in space, memories and stories they trigger. They come from different backgrounds, from different moments in time to be masterfully carved out of their literal and metaphorical backgrounds. How they build each other anew in relation within the particular space of still life painting is humble, precise and magical at the same time. They are too real to be unreal, hovering in that fragile zone between fiction and non-fiction. «Affected perspective» may be a useful term for the humble magic Leylâ Gediz enacts in her new series of paintings realised in her studio in Lisbon; where she relocated together with her family a few years ago. In this exhibition, the artist continues to explore her desire to create a new space for open constellations in her work, to take a serene and critical distance towards what she has produced in Istanbul in two decades and to surprise herself in the first place with new constellations of old and fresh fragments.

Leylâ Gediz (born 1974 in Istanbul, Turkey) lives and works in Lisbon. She graduated from the Slade School of Fine Art, UCL (London, 1998) and Goldsmiths College (London, 1999). She has been exhibited in Istanbul, Los Angeles, Zurich, Helsinki and Amsterdam. Gediz is prominent in Turkey for her innovative research on painting as a contemporary practice. She is considered one of the major figures of the Turkish scene. Her work has been widely exhibited and is part of prestigious public and private collections such as Istanbul Modern, Arter (Istanbul), ARCO Foundation (Spain) and Van Abbemuseum (Eindhoven).

THE PILL ® is a contemporary art gallery based in the historic peninsula of Istanbul near the Golden Horn. Founded in 2016 by Suela J.Cennet, the gallery functions as an international platform representing local and international artists. Initially envisioned as a mobile project space by its founder, it aims to create a fertile environment for multidisciplinary contemporary art, increase the visibility of the Turkish scene and enable relevant dialogue in the local context by increasing collaborations with other institutions in the region. and around the world, and by inviting international artists to think about their practice or experiment in a new territory.

In the autumn of 2022, the publishing house JBE Books published a book entitled NEW ART SCALES to mark the gallery’s sixth anniversary. 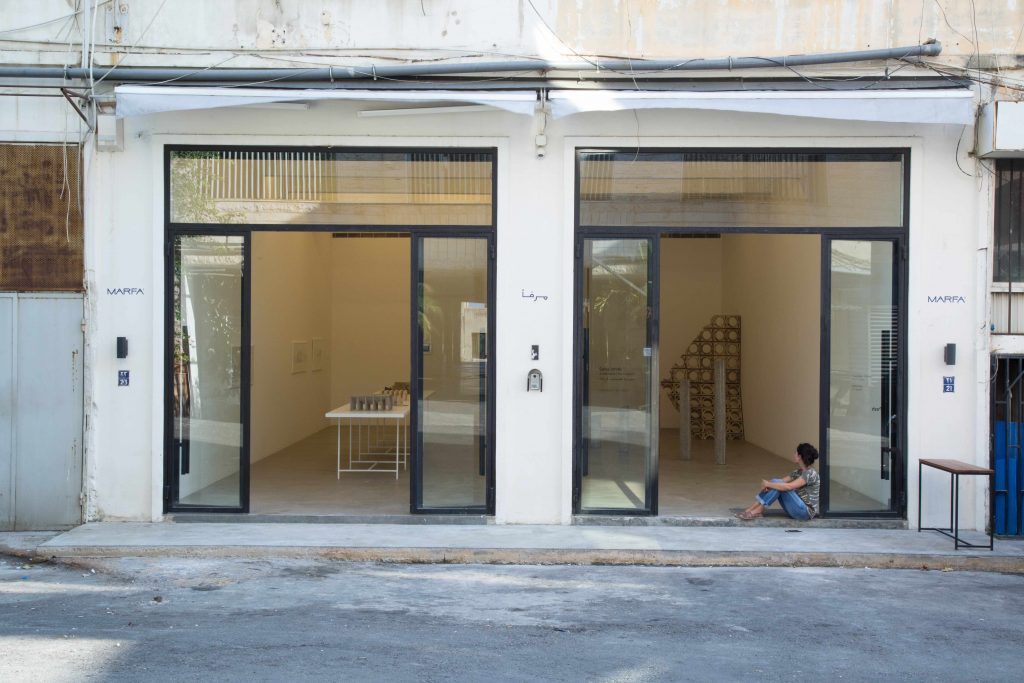 Marfa’ works with local and regional artists to produce and present idea-based projects that engage with Beirut’s diverse contemporary art scene. The gallery was founded by Joumana Asseily in 2015 and builds on her deep links with the city’s independent non-profit art scene. The gallery is located in two garages near the customs house in the Marfa’ neighborhood, which means port in Arabic. Beirut’s port has long been one of the foundations of the city’s economic life, a key transit point for goods and information between Lebanon and the world.

Active on the international scene, the gallery participates in major fairs such as Art Basel (Basel), Frieze (London), FIAC and Paris + by Art Basel (Paris), Artissima (Turin) among others. 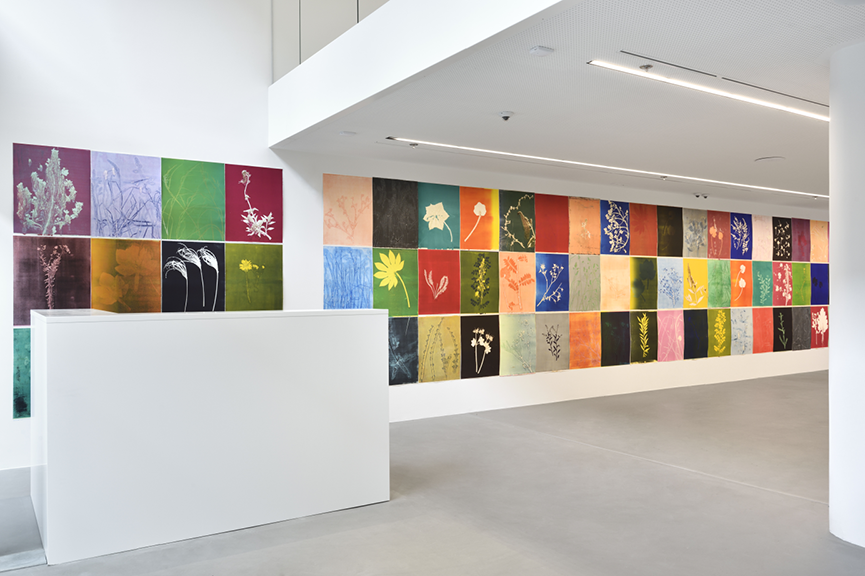 Initiated by the Emerige real estate group at the heart of its flagship Morland Mixité Capitale programme, L’Atlas, galerie des mondes unveils its space for the first time, with an exhibition bringing together four artists whose works have been commissioned and installed in the neighbouring hotel. One hundred and eighteen photograms by Thomas Fougeirol, two marble marquetry works by Alice Guittard, a ceramic work by Elsa Sahal and a monumental resin piece by Neïl Beloufa make up the SO/Paris collection. These works mark the beginning of the artistic history of this new neighbourhood, which will be continued by L’Atlas from next September, with a programme dedicated to the international scene.

For this inaugural exhibition, Laurent Dumas, Chairman of the Supervisory Board, wanted to associate these four artists and their galleries with a cause dear to the Emerige Group, the Racines d’Enfance association, whose mission is to support the education and health of children in Africa. A portion of the sale price of the works of art will be donated to the association for the creation of a new school in the Ivory Coast.